Road transport from or to non-EU countries

Everything you need to know

Road transport from or to non-EU countries

Everything you need to know

Approximately 5% of all freight transport via international road transport goes between Member States of the European Union and other European countries (third countries). Although a small percentage, it is nevertheless important because of the complex legislation. When transporting between Member States and third countries, different laws and regulations apply, various formalities and special documents apply and possibly import duties, taxes and excise duties are levied.

In this article we will discuss what can hinder your transport. Costs and delays can be prevented with some attention.

Countries levy import duties on goods to protect their own production against competition from low-wage countries or to restrict the use of foreign products by their own population. However, no import duties are levied on goods transactions of free goods within the EU. Every EU country has the same rate, which is determined per specific product (classification), often as a percentage of the goods value.

For certain goods, no import duties are due, provided that the goods originate in the EU. They must then really have been produced in the EU or have undergone sufficient processing. To prove this, an invoice with a declaration of origin must be sent or a form EUR.1. There are various free trade agreements between countries that provide for this. For example, many goods deliveries between the EFTA countries (EU, Norway, Iceland, Switzerland and Liechtenstein) are exempt, but also with many countries around the Mediterranean. This exemption does not apply to agricultural goods such as grains, live animals, fruit and vegetables, meat, dairy products and all industrially produced food.

If the invoice value of the goods is higher than € 6,000, then an invoice declaration is no longer possible and the origin must be proven with a form EUR. 1. A different document applies to Turkey, namely an ATR certificate.

Almost all countries levy a VAT levy on import goods or a tax on importation mentioned otherwise. This tax is in principle for the account of the buyer and must be paid to customs upon import. A limited number of countries have the option of "shifting" VAT. The VAT is not due immediately upon import, but is paid monthly. If it then appears that the VAT can be deducted, no VAT is actually due.

In addition to VAT, excise duties and consumption taxes are also levied. Excise duties are levied on stimulants such as alcoholic beverages and tobacco products, but also on oil and gasoline. Member States can also set consumption taxes themselves that are due upon import. For example, the Netherlands has a tax on fruit and vegetable juice, mineral water and lemonade, and Germany has a "tax on coffee".

The authorities want assurance that customs goods (goods that are not yet in free circulation in the EU) are actually delivered outside the EU. Therefore, a transit declaration has to be made for these goods, often abbreviated as an MRN document. Previously this declaration was also referred to as a T1 declaration.

Of course it doesn't always go well. Goods can be stolen, the driver forgets to carry out customs formalities, Customs does not correctly complete the formalities or, for example, the goods are refused and must be returned. In most of these cases, Customs will conclude that the declarant has not met his obligations, or there is talk of a non-clearing of the declaration. This means that it is assumed that the goods have been released for free circulation in the EU and that all taxes have to be paid.

However, that conclusion is not correct in all cases. The legislation offers the possibility of demonstrating, on the basis of alternative evidence, that the goods have arrived in the third country, for example. There are strict conditions attached to this. Also in specific "force majeure situations" the rights are not due. The extensive case law of the Supreme Court and the Court of Justice shows that there are major interests involved and that the legislation is not yet easy to apply.

Transport with an MRN document is possible within the EU Member States, EFTA countries and a limited number of other countries. If you are going to transport goods to other countries, you can often use the TIR carnet. This document is generally provided by the carrier.

Some goods can be used for both civilian and military purposes. This is called dual-use goods. In order to maintain control and to be able to regulate, the authorities have made the export of these goods to non-EU countries subject to a license. Do not think too fast, my goods do not qualify as dual-use goods, because there is an extensive list for this. In addition, there is - of course - a license requirement for chemical weapons, military goods, weapons and ammunition.

So if you are transporting such goods, you must ensure that you carry out the correct formalities and have applied for permits from the Customs / Central Service for Import and Export in Groningen. If you are not sure whether your goods fall under one of these obligations, you can submit a "Sunday request". You will then receive an advice from the Central Import and Export Service before you export the goods, so that it is already clear beforehand whether your shipment contains dual-use goods.

Use of a forwarder

A forwarder has the knowledge, experience and resources to determine in which cases the aforementioned documents are required. The forwarder can also provide the documents or show his client the way to obtain these papers from the relevant authorities. Certainly in the case of transport to and from non-EU countries, it is wise, cost-saving and efficient to use this expertise.

Exchange of goods between the European Union and non-EU countries can be complex. Various formalities and specific documents apply and import duties, taxes and excise duties can be levied. Before you transport goods, it can help you to think carefully about the following questions:

Our teams in DSV Road are ready for you. 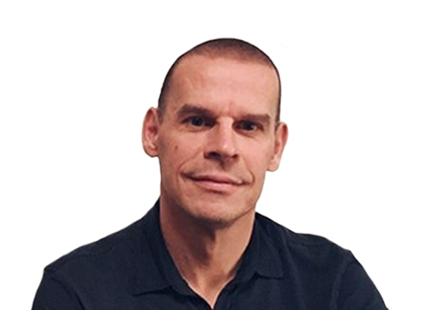