Flying lions from Korea to the USA

But shipping live animals across the globe is more complicated.

Patrick Craig, Executive Director of the Wild Animal Sanctuary in Keenesburg, Colorado, called on DSV to collect three lions from a zoo in South Korea where they were suffering from poor treatment. The journey included a flight from Seoul, South Korea to Los Angeles, followed by a long truck journey to their new home in a 15-acre enclosure at the sanctuary.

A rescue effort with meticulous planning

“This was our first rescue of animals from Asia, and it turned out to be one of the most well-planned and executed rescues due to the help provided by DSV staff and related support,” said Patrick Craig.

“Given the short lead time, this rescue could have been extremely difficult, but DSV worked very hard to get everything lined up so the rescue was carried out in a very short amount of time. They were able to work with our team to ensure all the bases were covered, which is critical when dealing with live animals; no delays are allowed.”

The work that the Wild Animal Sanctuary is doing is important and complex, and each animal rescue comes with its own set of issues and challenges that test even the best of logistics operators.


Being able to get as many of the details sorted out and resolved ahead of time by DSV helped immensely, because getting these taken care of from another country is incredibly difficult.

While there can be snags in any transport, the DSV teams in both the USA and Korea worked together to overcome permit issues, last-minute flight changes, and re-arranged ground logistics throughout the process. Patrick noticed that throughout his time working with DSV, the team grew more proficient in arranging critical inspections and communications. Patrick said that he would choose DSV when the time comes again for another international animal rescue. The lions had no complaints about the service either.

“Saving large carnivores from terribly abusive situations and transporting them to a sanctuary where they can live out the rest of their lives in peace and comfort makes all of the effort worthwhile," he concludes.

About The Wild Animal Sanctuary

The Wild Animal Sanctuary operates two sites within Colorado totalling more than 10,000 acres. The sanctuary rescues animals from captive situations and rehabilitates them so they can live and roam freely within large natural habitats with others of their own kind. 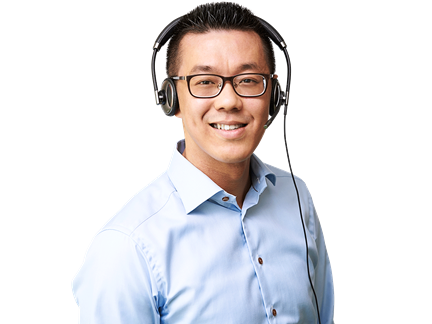