Between 2012 and 2017, DSV transported a total of 385,000 tonnes of concrete parts through the streets of Copenhagen, Denmark.

This innovative solution spared the city half the amount of traffic and CO2 emissions compared to the original plans.

Deep under the streets of Copenhagen, Nora, Tria, Minerva and Eva moved slowly forward by around 20 metres a day. "They were the names of the four tunnel bore machines used to build the new metro line", says Carlo Giraudo, Procurement Manager at Copenhagen Metro Team, the consortium building the new line.

During the boring process, tunnel rings were installed. Each ring consisted of six segments which were delivered from Germany by DSV’s Projects team.

"We insisted on the least possible environmental impact", Carlo added. "After all, a metro system is a very ‘green’ transport."

There are almost 22,000 rings installed, weighing a total of 385,000 tonnes. They are curved and smooth, meaning they were tricky to transport due to their low friction. And they had to be delivered "just in time" in order not to delay the multi-year project.

But how did they get to Copenhagen from Germany? By road it is over 700km but by sea it’s only 200km. And with a ship you can take far more elements at a time.

So DSV chartered RoRo (roll on – roll off) vessels, sailing between Sassnitz and Copenhagen. DSV also arranged to rent 100,000 m2 of temporary storage space at the port in Copenhagen, where the elements could be stored until needed.

DSV was involved since the pre- planning phase in 2012. The decision to use a ship was heavily influenced by the desire to keep costs down and reduce environmental impact. It was also safe, easy and efficient.

"This type of creative and flexible thinking, as well as the reliable and on time delivery, is precisely what a project of this magnitude had to have," concludes Carlo Giraudo.

One of the last capital cities in Europe to get an underground mass transit system, the Copenhagen Metro, with its fully driverless trains, first opened at the start of the millennium. It was such a success the city soon decided to extend it. The 15.5km City Ring line added 17 new stations to the network in 2019. 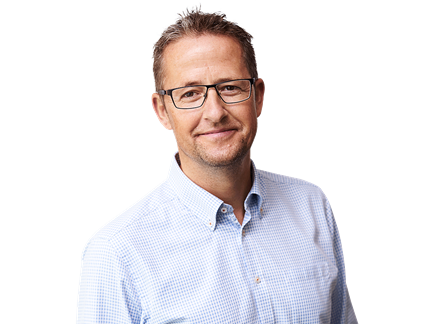