Verheyke has been solving logistics challenges in Africa for more than 30 years, and his view underlines the importance of supply chains and the logistics sector to the region’s economic progress. “I’m an optimist and I believe that if the industry keeps working with governments and all other stakeholders, the problems we currently face can be overcome”.

An efficient rail system will help reduce the pressure on existing bottlenecks by reducing the number of vehicles blocking these already stretched facilities and over-extended work force.

The world needs copper and cobalt for cell phones, televisions and semi-conductors for motor vehicles, and other minerals which Africa is rich in, but corruption, administrative functionality and poor infrastructure is hampering progress. “My guess is that if you could get the current 48-day round trip to 20-day round trip, you could effectively treble the output and input. The tonnage difference moved would be huge!”, says Verheyke.

Much of the built infrastructure has been poorly maintained or supplemented for some time, and so you have an output dilemma in that the existing infrastructure is not able to accommodate increased demand. “For example, once copper is mined and sold ex-gate to traders, the problems move from the mining company to the traders who need to move vast amounts of cargo to all the possible exit points to get it to market. With all the current mines increasing capacity the pressure will mount even further”.

Roads are mostly single track, and this is not conducive to efficient logistics, and much of the rail network is either now redundant or in poor condition. In most parts of Africa there are vehicle shortages and the ports of entry are inadequate.

Port productivity is a major problem in Africa. Ports in the developed world manage upwards of a move a minute, while African ports are up to 10 times slower. This is obviously not in a ship owner’s interest, because ships are so much less productive coming to South Africa and other African ports.

Verheyke said it was critical to fix the harbours, roads, railways (and to make sure they are all the same gauge) and the improve border administrations and processes, as there can be no progress if goods don’t move quicker. Importantly, the right interventions need to be made in the right places – Verheyke also points to the revitalized harbour in Lobito, Angola being something of a white elephant because it’s on the wrong side of the continent in terms of most buyers/users of copper and cobalt, who include China, India and others in the APAC region.

Ports on the east side of the continent are struggling with congestion and reliability issues and the lack of space to expand port operations due to the position of the respective ports within the city limits. The only expansion possibilities are outside the actual port which would add another link to the already expensive supply chain. Beira port is battling with draught limitations that restrict the larger vessels from berthing.

DSV has worked throughout SSA for years, and past and present projects include:

And many others gives DSV the opportunity to see the developments or lack there off, first hand. 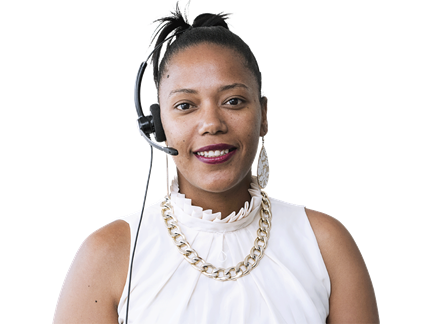