Panalpina more than doubles EBIT in 2014

Panalpina finished the year 2014 on expectations. The Panalpina Group more than doubled its EBIT to CHF 116.7 million in 2014 compared to the previous year. Consolidated profit jumped from CHF 11.7 million to CHF 86.5 million. 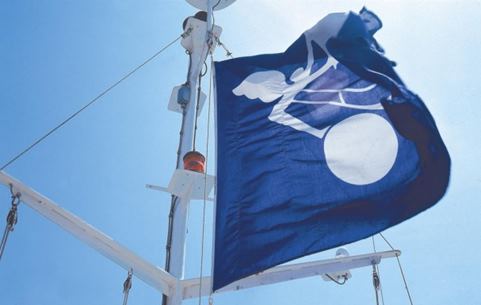 International freight forwarding and logistics company Panalpina finished the year 2014 on expectations. The Panalpina Group more than doubled its EBIT to CHF 116.7 million in 2014 compared to the previous year. Consolidated profit jumped from CHF 11.7 million to CHF 86.5 million. Panalpina grew Air Freight volumes slightly ahead of the market and clearly outperformed the market in Ocean Freight. Significant progress was made in Logistics, with the turnaround ahead of schedule.

“In 2014, we executed on our clearly laid out strategy. This shows in the results we achieved,” says Panalpina CEO Peter Ulber. “Streamlining in Ocean Freight continues, which is a crucial prerequisite for the large-scale and complex transition to our new business platform SAP TM in 2015. We are satisfied with the achieved growth in Air Freight and particularly pleased with the turnaround in Logistics. All in all, it was a successful year. With plenty yet to do, all eyes are now on 2015.”

Panalpina Group: Results for the Full Year 2014 and the fourth quarter

Gross profit of the group’s Logistics product continued to grow by 5% to CHF 458.2 million in 2014 (2013: CHF 437.7 million). Panalpina further expanded its Logistics Manufacturing Services (LMS) and other Value-Added Services (VAS), particularly for the technology and fashion industries. By parting with a number of loss-making facilities and unprofitable road activities, Logistics drastically reduced its EBIT loss well ahead of schedule to CHF 8.2 million in 2014, down from a loss of CHF 49.9 million in the previous year (adjusted 2013: loss of CHF 39.3 million).

In light of the healthy net cash position and further improvement in profitability, the board of directors is going to propose a dividend payment of CHF 2.75 per share to the Annual General Meeting on May 12, 2015. This is equivalent to a dividend yield of 2.1% (based on 2014 year-end share price).

New member for Panalpina’s board of directors proposed

At the upcoming Annual General Meeting, Panalpina’s board of directors proposes Ms Pamela Knapp for election as a new member of the board. Knapp (56) is a German national and currently serves on the board of directors of Peugeot SA, Compagnie de Saint-Gobain SA and HKP/// Group AG. She has held various management positions in Siemens including Chief Financial Officer of the Power Transmission and Distribution division from 2004 to 2009. Subsequently, she was the Chief Financial Officer and HR director for GfK SE until the end of 2014. Knapp is a graduate of the Harvard Business School and holds a Master’s degree in economics from the University of Berlin.

“We remain very focused on executing our strategy in 2015,” says Peter Ulber. “Given the record low oil price, we expect some headwinds in oil and gas exploration and production activities, but this could also create opportunities in re-engineering supply chains end-to-end and outsourcing. Currency translation will impact our financial results because of the strong Swiss franc. Altogether, 2015 is a very important year for Panalpina as we go into the main implementation phase of the SAP TM project and continue to lay the foundation for future sustainable growth.”

Panalpina expects the air freight market to grow by 3% to 4% and the ocean freight market by 4% to 5% in 2015. The company aims to outperform the market in all segments.