Would you be happy with 99%? Sure, the answer to that question depends on ‘99% of what?’ But in most cases you probably would be. Panalpina’s Air Freight team certainly was happy with 99%. Actually, they were delighted. 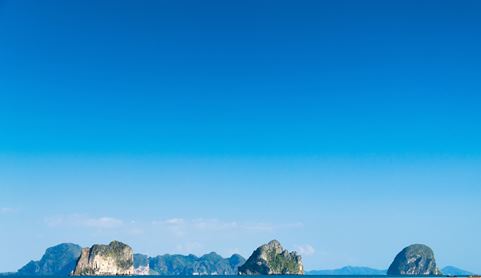 Would you be happy with 99%? Sure, the answer to that question depends on ‘99% of what?’ But in most cases you probably would be. Panalpina’s Air Freight team certainly was happy with 99%. Actually, they were delighted.

In a representative sample of over 1,000 Air Freight shipments, Panalpina reached 99% of KPIs in terms of data quality. In other words, statistically, for 99 out of every 100 Air Freight shipments, Panalpina delivered the data that was under scrutiny: two basic milestones of an air freight shipment. The first milestone asked: Has the shipment departed from the initial airport? The second milestone asked: Has the shipment arrived at the final airport? This is the kind of information shippers want and the sample also showed that it took Panalpina a maximum of six hours to report said events.

Visibility – access to information about a shipment at all times from everywhere – is critical for customers and third-party logistics providers alike. Customers want to know where, and in what state, their goods are in the supply chain, and modern technologies can deliver this information. If anything is about to go wrong, automated alerts are sent out and corrective action can be taken. Companies then need only focus on the exceptions, while everything else runs smoothly in the background. This means greater agility and more efficiency in the supply chain – and greater peace of mind for the customer.

“Visibility is a prerequisite for professional freight forwarding services. It puts our customers at ease, because they know we can act should a problem pop up on the horizon. But without accurate and timely data, there is no visibility,” says Markus Schweitzer, globally responsible for business processes and training within Panalpina’s Air Freight department.

The events that were measured are part of a chain of operational milestones, which are mandatory in Panalpina’s systems. The industry standard defines 19 milestones for an air freight shipment handled by a forwarder. In reality, the number of milestones will depend on the route that the cargo takes and on the contracted services. Mapping out these milestones and capturing an event every time a milestone is reached, is not only important for providing the desired visibility to customers, it is key to improve operations too.

Capturing the above mentioned events in 99% of the cases is what got Panalpina the prestigious award as “Top Air Performer” from the shipper council of GT Nexus. They were the ones who took the sample of Panalpina Air Freight shipments and ran a data quality report on them. GT Nexus is one of several customer-facing systems that Panalpina uses for exchanging shipment data with the outside world. The actual data itself comes from Panalpina’s core operational systems.

“This award is based on hard facts. There is no faking when it comes to data quality, and Panalpina has proved it this year,” says Kurt Hemmingsen, global account manager at GT Nexus.