Solutions standing on its own two feet in Asia

In the APAC countries, the acquisition of UTi has resulted in the separation of the Solutions division from the Air & Sea division. 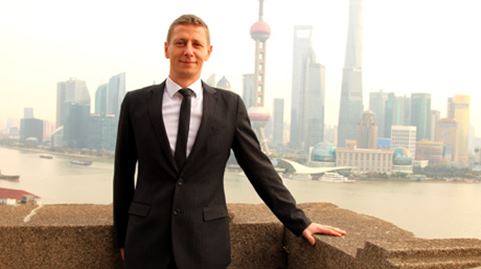 Guillaume Burette has been appointed head of the strong new Solutions division, which will “grow as fast as possible while remaining profitable in each country.”

Solutions can stand alone. At least after the organisation in the APAC countries (Asia, Australia and New Zealand) was more than doubled by the integration of UTi, bringing in five new warehouses in Taiwan with almost 200 specialist employees, for instance.

"In Taiwan, DSV is one of the three biggest warehousing and local distribution providers. With approx. 25 million inhabitants, there is room for growth and this is precisely the path we’ll pursue," says Guillaume Burette who has been tasked with gathering all contract logistics under the Solutions division in six Asian areas so far.

In addition to Taiwan, the six areas reporting to Guillaume will be China, Hong Kong (together with the Guangdong province known as South China), Singapore, the Philippines and Thailand.

A division is born…

Until now, Solutions, also known as contract logistics, was primarily a spin-off of Air & Sea activities in Asia that made it possible to offer warehousing solutions to air and sea customers. This did not apply to China, however, as sophisticated warehousing solutions were established for customers such as BoConcept in Shanghai and Danfoss in Tianjin as early as in 2009, in close cooperation with the European Solutions division.

Discussions about a separate Solutions division were further intensified in 2015 when agreements were made with customers including Bosch home appliances in Singapore and Balluff (sensors) in Hong Kong. And Guillaume Burette was tasked with coordinating the initiatives in the individual countries. “Already before the UTi purchase, the Solutions team in China, together with Peter Zhou and Ralf Bekink, was highly specialised.

So it was obvious to make the next move when we took over UTi’s business in the area,” says Guillaume, who has now appointed country managers for Taiwan (Robert Lin), Thailand (Edward Haapala), Singapore (Fang Xie), the Philippines (Ralf Bekink), and South China (Sanson Ko), while he himself is in charge of Solutions’ activities in northern China.

Guillaume also reorganised UTi’s former regional centre of competence that handles Solutions Design, Implementation, Quality, Sales, WMS (Warehouse Management System) and Legal Assistance for all countries. “From this base, we manage promotional activities for all countries, and we now have a capable sales force throughout the region,” he says.

Although DSV Solutions in APAC is generally a minor player compared to regional heavyweights such as Kerry Logistics, Li & Fung, Sinotrans, Toll, etc., their relative strengths vary greatly from one country to another. As mentioned, DSV is ranked third in Taiwan but has to overcome obstacles in Thailand and the Philippines to integrate the two dissimilar businesses and develop them commercially.

“Concurrently with our efforts to build our brand, we see a widespread tendency where customers manage their own warehousing operations, which makes it costly to expand the business. Asia has seen property prices booming in recent years, so the logistics companies that invested in land and real property 5, 10 or 20 years ago or entered into leasing contracts are now enjoying a unique market situation,” Guillaume Burette says, but remains confident. “It’s OK, it’s still a huge market…”

And Solutions in the APAC countries has grown much stronger after the merger with UTi: While sales previously focused on China – mainly Greater Shanghai, Shenzhen, Hong Kong and Singapore (which also happen to be the four main ports in Asia from which Air & Sea operates) – Solutions now has more than 80 Asian locations with 1,000 employees (2,000 including India) and +450,000 m2 of warehousing and distribution centres.

"We have a team of professionals who understand our world and we’ve boosted quality throughout the region. The customers will feel that we can follow them everywhere and carry out all kinds of tasks, be it consolidating export goods or providing regional and local distribution centres or inbound logistics".

Though UTi and DSV have taken very different commercial approaches within the region, the two companies fit like hand in glove, which means that the scope of service from a customer perspective will significantly increase:

"We’re better together than individually as both of us have added strings to our bow,says Guillaume who looks forward to setting the pace in a separate division where the staff speak the same language and share their goals and challenges. But he hopes to continue the close collaboration with the Air & Sea colleagues:

“Solutions is basically a local business without much spillover from one country to another – at least not overseas. This is why we need the input and leads that we get from our colleagues in Air & Sea and their network,” says Guillaume who sees growth on the horizon – mainly due to the rapidly growing domestic business and the keener demand for optimisation of flows and focus on costs. Because this calls for expertise from Solutions.

And DSV now has a presence in some promising markets where competition is less intense: Taiwan, India, the Philippines and some areas of China. Finally, the new APAC director looks forward to integrating even more countries into the new Solutions division: “First and foremost, we need to show that we’re doing the right thing here: aggressive and profitable growth.

The next step will be to complete our regional strategy with the integration of additional countries, including Japan, South Korea, Australia, New Zealand and Indonesia, which currently report to Air & Sea. After this, we will have created DSV Solutions in APAC,” he says.