The pinnacle of operational excellence

Some gold medals are harder to get than others. Panalpina’s LogEx Gold is one of them. For LogEx Gold, you first have to earn LogEx Bronze – and then LogEx Silver. Only then can you reach LogEx Gold, the highest level of Panalpina’s Logistics Excellence Program. And that’s exactly what Panalpina Mexico succeeded in doing with the company’s Tres Rios 4 logistics facility north of Mexico City. 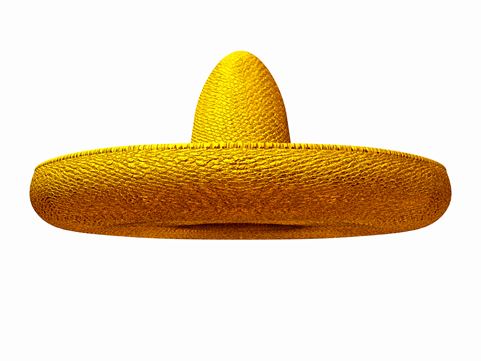 Some gold medals are harder to get than others. Panalpina’s LogEx Gold is one of them. Why? Well, for starters you can’t just go for gold like you could at a world championship in sports. For LogEx Gold, you first have to earn LogEx Bronze – and then LogEx Silver. Only then can you reach LogEx Gold, the highest level of Panalpina’s Logistics Excellence Program. And that’s exactly what Panalpina Mexico succeeded in doing. The company’s Tres Rios 4 (TR4) logistics facility, north of Mexico City, has rounded off 2016 in style by becoming the first Panalpina organization to achieve LogEx Gold.

Located in Cuautitlán near Mexico City, TR4 serves customers across the high-tech, telecom and retail industries, among others. The facility covers 30,000 m2 and is one of Panalpina’s largest in the Americas. It has been operational since 2007 and offers value-added warehousing, distribution services and last-mile delivery. Just over 250 people run the operation 365 days a year with a special service for spare part emergencies.

“Gaining LogEx Gold is a fantastic achievement for everyone here at TR4, particularly when you look back at the journey the team has been on for the last three years,” says José Ramón Orozco Zablah, Head of Logistics for Latin America at Panalpina.José was called upon in 2013 to turn around what was then an unprofitable facility. “Targets were not being met and everyone was unhappy with the situation,” recalls José. Giving up the TR4 facility was not an option, but things had to change. And they did.

As part of a new management team in Mexico, José was tasked with getting TR4 back on track, which is why he enlisted the help of Panalpina’s LogEx team. “Through collaboration with the LogEx global team, we developed a strategy to fix immediate problems, win back the trust of our employees and customers and essentially become the operation we wanted to be. We introduced a fresh open-minded approach and the wheels of change began to spin,” explains José.

After standardizing processes across the floor and establishing a stable work environment with clear roles and responsibilities for all employees, TR4 quickly earned its bronze certification in March 2014. To achieve silver, the team then focused on engaging employees and building closer relationships with customers. Regular meetings between the team at TR4 and their customers encouraged better understanding of how to deliver value for them. The improvements that followed, such as higher inventory accuracy and shorter lead times, led to an increase in customer satisfaction from 75% in 2014 to 95% in 2015. “Today we have a completely different culture at Tres Rios than we had in 2013 and the fact that my team did not want to stop at silver, is the best proof of that,” says José.

During a visit in January 2016 by the LogEx global team and an external auditor from lean consultancy SA Partners, the team received very positive feedback on the progress it had made. Emboldened by this feedback, the team decided to go for gold. In order to reach the highest level of the LogEx program they had to prove that continuous improvement is being sustained at all levels of the organization. And after an intense assessment process in November, TR4 became Panalpina’s first facility to be awarded LogEx Gold.

“Only a strong team effort made this achievement possible. What impressed me most over the last three years is that the change can be felt throughout the entire organization. Everyone is living and breathing lean now, from our associates working on the floor to the executives in the head office,” says José.

But Tres Rios would not be Tres Rios if the story ended there. The visit in January triggered even higher ambitions. Back then, the auditor gave the facility and the people that run it such a high score that they now stand a good chance of competing for the Shingo prize in 2017. The Shingo prize for operational excellence is an annual award given to organizations worldwide by the ShingoInstitute of Utah State University. Recognized throughout the world as the ultimate benchmark for organizational culture and results, it started as a prize for manufacturing companies, but recently it opened up for challengers from service companies and other industries. José and his TR4 team are motivated to bring it home for Panalpina: “This prize would be something like LogEx Platinum. We are going for it!”