In the heart of Portugal’s capital, Lisbon, Panalpina has opened a new IT Center of Excellence where a growing number of highly qualified software engineers and other IT specialists are developing business critical IT solutions for customers of the international freight forwarding and logistics company. 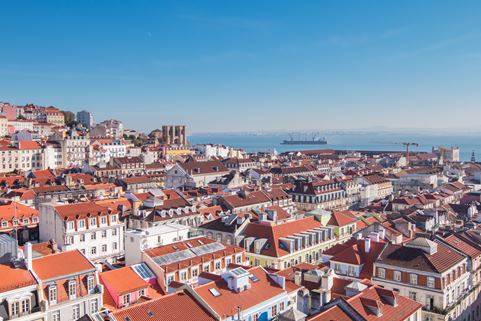 In the heart of Portugal’s capital, Lisbon, Panalpina has opened a new IT Center of Excellence where a growing number of highly qualified software engineers and other IT specialists are developing business critical IT solutions for customers of the international freight forwarding and logistics company.

Information technology is a fundamental driver in Panalpina’s business success. The company’s IT strategy encompasses both outsourcing of commodity IT services and insourcing of core competencies. “In Lisbon, we want to build and keep IT competencies that are critical to our business success in-house. In only nine months, and consisting mostly of local talent, we have built a great team which is working on software and applications that will benefit our customers,” said Ralf Morawietz, Panalpina’s Chief Information Officer, at the official opening ceremony of the new IT Center of Excellence this morning. “We are taking highly qualified and motivated professionals on board that can help us deliver IT solutions for our customers with great quality and speed. The team will be expanded further and contribute significantly to Panalpina’s growth by making the entire company more agile in today’s dynamic market and technology environment.”

35 software engineers and other IT specialists have already started working at Panalpina’s new center in the heart of Lisbon. They are working on projects which directly or indirectly benefit Panalpina’s customers. This includes customizing Panalpina’s order management system for customers and enhancing the functionality of the company’s e-billing system. New scalable enterprise search capabilities to make Panalpina’s customer service team more responsive are also being fully developed in Lisbon, and so is the core of the analytics engine for the company’s tender management platform.

The IT Center of Excellence is ideally located in the Atrium Saldanha building, close to Lisbon’s two most important universities for engineering – Universidade Nova de Lisboa and Instituto Superior Technico – and between the city’s international airport and the famous Bairro Alto neighborhood. Sandra Neto dos Santos, who manages the IT Center of Excellence and is a software engineer herself, explained why Panalpina has chosen Lisbon and the specific location: “Like me, a lot of Portuguese IT professionals studied in Lisbon but then left the country to find jobs elsewhere in Europe. We are offering them attractive jobs where they can work in an international environment in their home country. The proximity to the universities also helps with recruiting fresh talent with a strong work ethic and very good English skills. And due to the lower cost of living, cost of labor in Portugal is roughly half of that in other European cities where you might typically expect multinationals to set up this kind of operation.” The Atrium Saldanha, where Panalpina has rented office space, is a lively commercial center with other offices, shops and restaurants and excellent technical infrastructure. Nearby metro and bus stations connect directly to the airport.

By the end of the year, Panalpina expects to employ at least 80 experts in total at the IT Center of Excellence and more positions are likely to be added in the years to come. “We have put Lisbon on the map as an important cornerstone of Panalpina’s IT organization and it will become even more important in the future to drive our business,” commented Morawietz.

Notes to the editor:

Panalpina established its local presence in Portugal in 1994. Today, 21 employees offer international freight forwarding and logistics services from offices in Lisbon and Porto.