International freight forwarding and logistics company Panalpina is to acquire Air Connection, a Kenya-based forwarder specialized in the export of flowers and vegetables. The move comes after Panalpina’s acquisition of Airflo in Kenya in 2016 and only two weeks after the company formally announced the launch of its global Perishables Network. 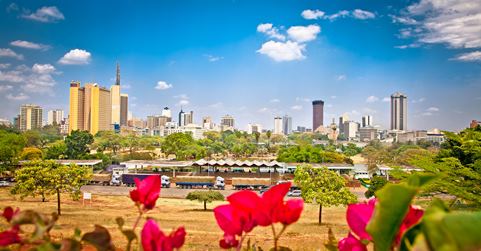 International freight forwarding and logistics company Panalpina is to acquire Air Connection, a Kenya-based forwarder specialized in the export of flowers and vegetables. The move comes after Panalpina’s acquisition of Airflo in Kenya in 2016 and only two weeks after the company formally announced the launch of its global Perishables Network.

Panalpina will acquire the family-owned Kenyan company Air Connection, subject to conditions. The companies reached a respective agreement on May 2, 2017.

“The acquisition of Air Connection will strengthen our existing global Perishables Network and our position as the clear market leader in the perishables arena in Kenya,” says Stefan Karlen, Panalpina’s CEO. Air Connection is specialized in the export of flowers and vegetables from Kenya to multiple destinations including the Netherlands and the UK, and is currently the country’s fourth largest forwarder in terms of air freight export volumes. The merged company will handle around 70,000 tons of perishables air freight per year.

The activities of Panalpina and Air Connection in Kenya complement each other. “While most of Panalpina’s flower exports from Kenya currently go to auctions in Amsterdam, we are specialized in direct shipments to customers,” says Manjit Brar, owner and managing director of Air Connection. “And while Panalpina is strong with big charter shipments from Kenya to Europe, our strength lies in smaller shipments on scheduled passenger flights to over 150 destinations worldwide.”

Direct shipments are a trend in the perishable market, explains Conrad Archer, managing director of Panalpina Airflo: “Increasingly, buyers of perishables want to source directly from the producer and producers want to sell directly to the country of consumption. Direct shipping bypasses intermediaries, reducing touch points in the supply chain. It removes unnecessary costs, potential delays and most importantly allows a fresher product to be offered to the consumer. At the same time, this development will make sophisticated end-to-end solutions even more important than today. Joining forces with Air Connection will offer additional opportunities to grow the perishables business in Kenya, especially with the export of vegetables, herbs and cuttings.”

The merged company will employ over 350 staff in Nairobi and offer 3,000 m2 of cold storage capacity, which is soon to be extended even further to 4,000 m2. It will also run an office at the port of Mombasa where Panalpina plans to develop the ocean freight business for both perishables (using reefers) and dry cargo. The dry cargo activities involve the import of textiles and export of fashion products, mainly to the USA. Manjit Brar, who founded Air Connection in 1993, will remain as a consultant.

The companies have agreed not to disclose any financial details of the deal. The acquisition is subject to approvals by the relevant competition authorities.