The summer period is usually a calmer time for air freight – but not this year. The strong market development with high volumes will likely continue for the rest of the year, further widening the gap between demand and supply. “The challenges are manifold, but we haven taken action to secure extra capacities to meet the growing demand,” says Marc van Dommele, regional head of Air Freight Europe. 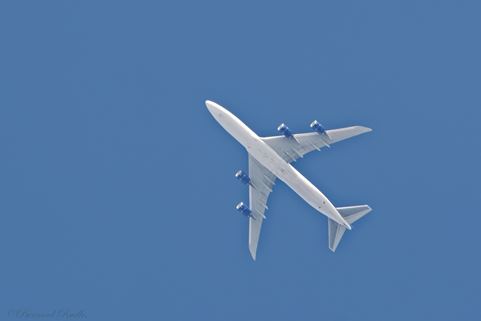 Although the summer period is usually a calmer time for air freight, this year has been an exception and the strong market development will most likely continue for the rest of the year, further widening the gap in the market between capacity demand and supply.

The Far East peak season is expected to start earlier and be even stronger than last year’s. As for transatlantic trade, air freight (belly) capacity might be high for now, but this is being driven by the summer season and the airlines will phase out the extra passenger flights – and capacity – for the winter season.

“The challenges are manifold, but we have set the right priorities and taken action to secure extra capacities to meet the growing demand,” says Marc van Dommele, regional head of Air Freight Europe at Panalpina. “We are well-prepared for the peak season and determined to meet customer expectations with the support of our Charter Network, where we can add scheduled charter flights using flexible freighter capacity.”

Additionally, Panalpina simplifies ground handling at all transit points by handing pre-built units (ULDs) to airlines at the company’s own gateways. “Add to this our strong subcontractor management, our tried and tested processes to control capacity as well as premium services that guarantee short-term access to capacity and our customers have all the necessary tools at their disposal for successfully making it through the peak season,” says van Dommele.

For effective planning and execution, Panalpina relies on good quality forecasts from its customers about the volumes they expect to ship in the coming weeks and months. “It is in the shippers’ interest to act now and take precautionary actions to avoid capacity shortages, longer transit times and potential delays,” comments van Dommele. “Such delays can result from busier airports and ground handling agents that have been left crippled by personnel cuts and now cannot reinforce staff on such short notice. Overbookings and capacity shortages could also lead to cargo not being uplifted at all.”

Lucas Kuehner, Panalpina’s global head of Air Freight, adds that “whatever the challenge is, we can find a solution. However, the longer shippers wait, the more expensive these solutions will become. Overall market rates remain high in comparison to 2016 and show no signs of dropping. The closer we get to peak season, the more airlines will increase rates for secured capacity. And when this happens, we will have to pass these price increases on to shippers,” says Kuehner.

As Panalpina has repeatedly pointed out over the last months, the air and ocean freight markets have developed a new dynamic characterized by tight transport capacity and sustained high freight rates.

According to Seabury, demand growth in air freight across all industries continues to outpace capacity growth in 2017, in Europe in particular, thus creating a market imbalance. Europe has contributed significantly to global air freight growth in the last 12 months. Many Europe-related key trade lanes have seen double-digit growth rates, in one case as high as 28%.

Furthermore, and as a result of the Hanjin Shipping bankruptcy and the recent cyber attack on Maersk, which also affected port terminals and customs offices, ocean freight capacities have been reduced, resulting in mode switches from sea to air.

On the supply side, airlines have continuously rationalized their freighter capacities over the past years by grounding freighters or re-routing them to benefit from the animated ad hoc market; this in an attempt to increase load factors and yields.

On top of that, the capacity growth fueled by the Middle Eastern carriers Emirates, Etihad, and Qatar Airways has stagnated in recent months.

Meanwhile, higher rate levels for cargo flying from China to the U.S. have meant that this freight is increasingly flown the other direction via Europe – further restricting Europe-inbound and outbound air freight capacity. Finally, new, stricter EU regulations for truck drivers, for example regarding rest periods, have led to a shortage of truck drivers in certain parts of Europe, which again limits air freight export options via different European airports.