The art of logistics

Ballett Zürich was invited to perform Anna Karenina as a high profile guest at the 46th Hong Kong Arts Festival (HKAF), which took place from February 23 to March 24, 2018. Opernhaus Zürich, home to the company, tasked Panalpina with the transportation of all its theatrical equipment, including stage setting and costumes, from Zurich to Hong Kong.

Tolstoy's timeless love story Anna Karenina, often dubbed the best novel ever written, has been reinvented as an impressive ballet by leading dance company Ballett Zürich with stylish costumes, evocative sets and a clever use of video and music, directed by German choreographer Christian Spuck.

Ballett Zürich was invited to perform Anna Karenina as a high profile guest at the 46th Hong Kong Arts Festival (HKAF), which took place from February 23 to March 24 this year. Opernhaus Zürich, home to the company, tasked Panalpina with the transportation of all its theatrical equipment, including stage setting and costumes, from Zurich to Hong Kong.

Launched in 1973 and celebrated each year, HKAF is a major international arts festival committed to enriching the cultural life of Hong Kong by presenting leading local and international artists in all genres of the performing arts.

Anna Karenina is a long novel, and at approximately 2 hours 15 minutes, Ballett Zürich’s memorable interpretation isn’t particularly short either. This is a long and memorable story for Panalpina too, and although it has its fair share of drama [SPOILER ALERT], there is a happy ending.

When Opernhaus Zürich asked Panalpina for help in the move, it was decided to pack most of the equipment into 3x40’ high-cube containers to be shipped by sea, while approximately 20 cubic meters of more delicate cargo were to be transported by air.

But the plot, seemingly simple at first, evolved and became more complicated. Everything changed as Panalpina had to cope with quite a few unpredictable events.

The containers were first packed and loaded in Zurich in January and then transshipped onto a river barge in Basel for shipping to Rotterdam via the river Rhine.

As the containers were on their way, a sharp rise in water levels caused the Rhine to close for five days. This didn’t represent a big issue, as possible weather disruptions are taken into account when planning a move. There was ample room to meet the cut-off date for the ocean vessel in the Netherlands.

The Rhine is an important shipping route for Swiss cargo moved on large barges. High water means vessels do not have enough space to pass under bridges, preventing trips to and from Switzerland.

Once the ballet’s equipment had resumed its journey, the river flood monitoring agency imposed new sailing restrictions caused by heavy flooding. At this point, a new departure date from Rotterdam on a different ocean vessel was required.

Panalpina arranged for a direct shipment from Rotterdam to Hong Kong on another ship in agreement with Opernhaus Zürich, who were informed at every stage of the way. At the port, the goods had to be reloaded into new containers quickly due to the new vessel’s requirements. The clock was ticking but there was still enough time to meet the deadline for assembly in Hong Kong before the event.

With the Rhine restrictions behind and the cargo ready to be loaded for its transoceanic journey, bad weather in the North Sea caused the new ship to arrive in Rotterdam with a delay of 72 hours. On top of this, all loading activities in the port were stopped because of strong wind gusts.

Panalpina suggested a new alternative to Opernhaus Zürich: to unload the containers during a stopover in Dubai, where the local Panalpina team would strip the cargo out and prepare it for on-carriage by air in a clockwork operation. The plan was approved.

A night shift for an intermodal shift

Once in the Gulf, Panalpina Dubai coordinated the transshipment from the port of Jebel Ali to Al Maktoum International Airport (DWC), which are linked by a logistics corridor.

A flawless one-night procedure ensued as Panalpina and Opernhaus Zürichstaff supported Emirates handling crew in the offloading and repacking at the Emirates Terminal of DWC. The entire load (175 cubic meters) was completely stripped, repacked and prepared for on-carriage by air.

This was no easy feat. Certain parts of the cargo such as real birch trunks were too big to fit through the x–ray machines (mandatory for all cargo exported from the UAE), but thanks to Panalpina’s strong relationship with Emirates and Emirates SkyCargo—who went above and beyond in supporting Panalpina in uplifting this shipment on the earliest flight out— the customs authority agreed to inspect the cargo manually. Three 40 ft. containers were thoroughly inspected and cleared.

Panalpina had proactively arranged for specialized stabilizing packaging for the cargo to fit the required air freight pallets (PMCs) prior to the ship’s arrival in Dubai. The equipment was repacked and secured in record time, and the flight departed as scheduled with everything on board.

The airborne cargo reached Hong Kong in eight hours. By sea the journey from Dubai would have taken 20 days. Ballett Zürich received the shipment on Friday, February 16, ahead of time for the performance. Anna Karenina was a great success, delighting spectators in a full theater.

“These sort of challenges with unforeseen events and how we deal with them are at the core of what we do. For us it is always a pleasure to work with our colleagues and partners across the world to complete a move, and even more so when the unexpected happens,” says Walter Isler, Panalpina’s country manager for Switzerland. “We cannot control the forces of nature, but we master the art of logistics and are proud to have transported Ballett Zürich’s equipment to Hong Kong so they could perform there.” 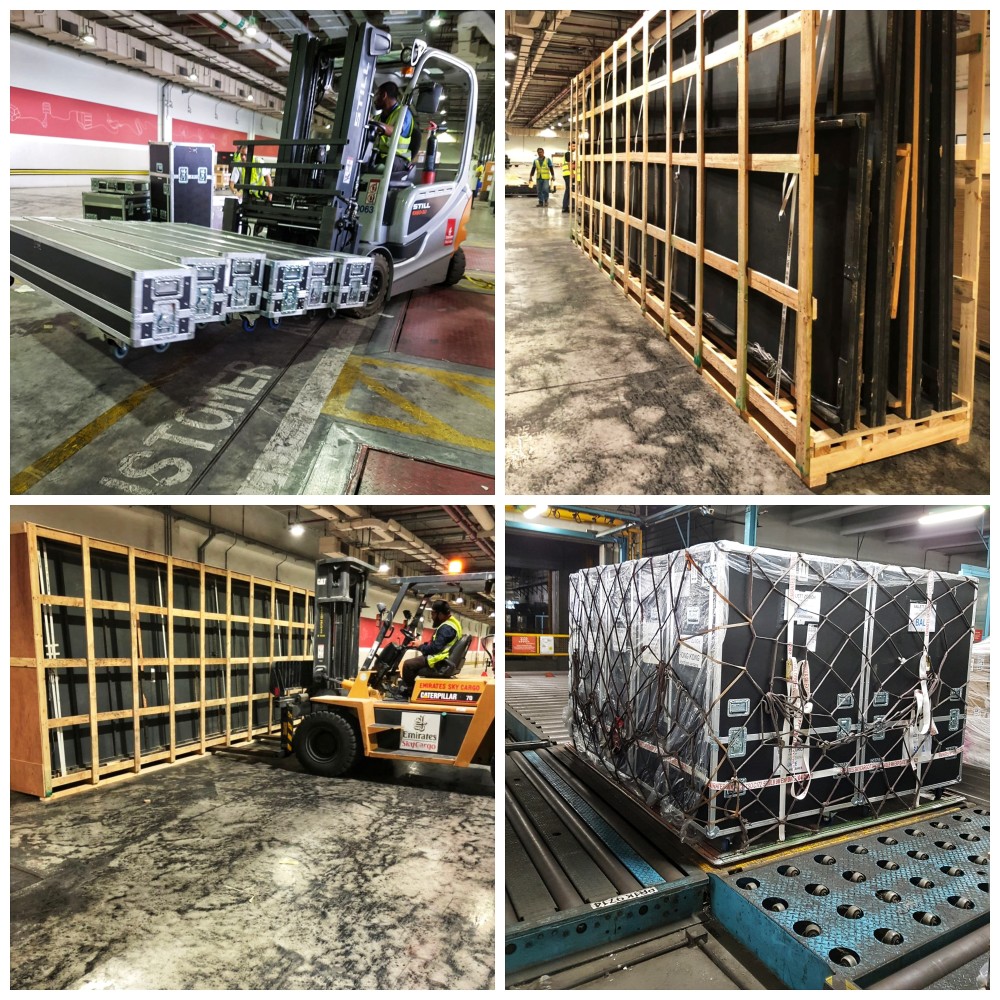 Some of the equipment in transit in Dubai and upon arrival in Hong Kong (Photos by Peter Haenggli, Opernhaus Zürich) 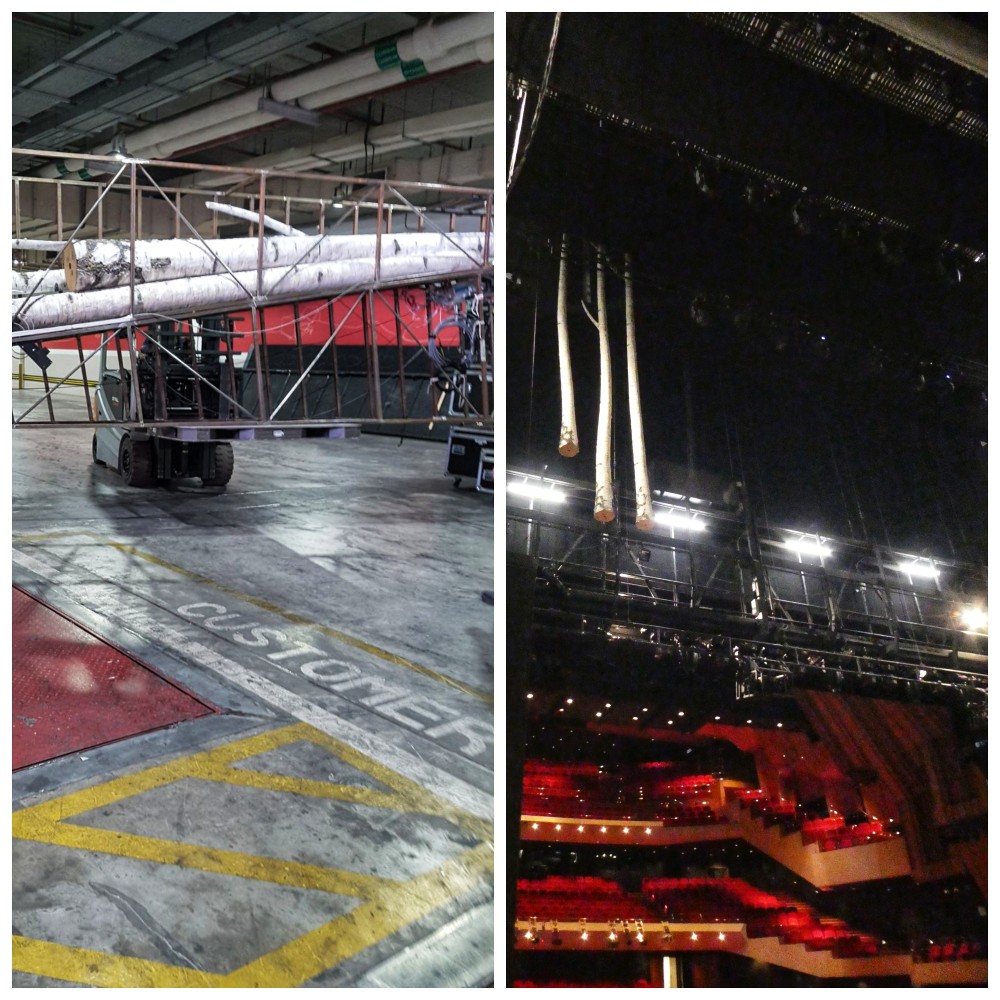 Birch tree trunks in transit in Dubai and before the show at the HKAF (Photos by Peter Haenggli, Opernhaus Zürich) 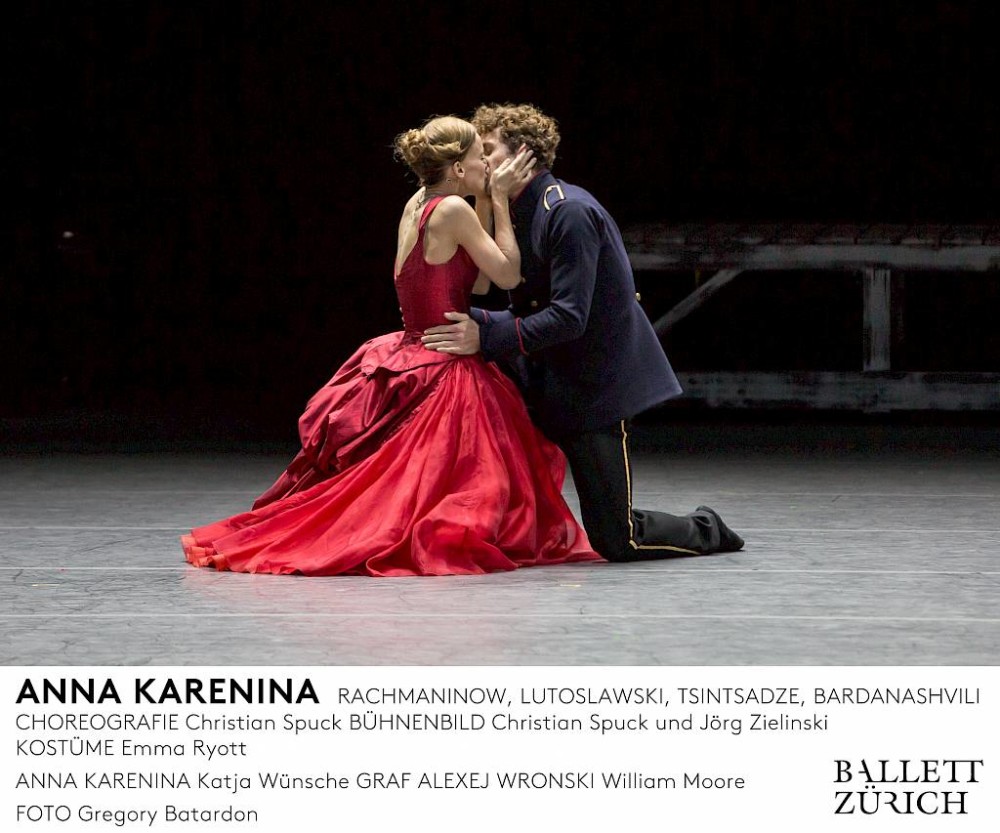