Today, 16 May 2018, we open the doors to our new office in Panama City, an important hub for Central America and the Caribbean, not least due to free zones. 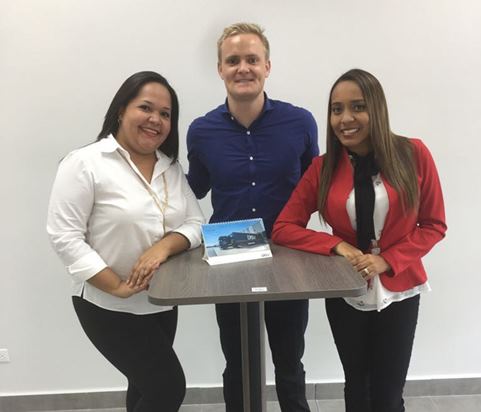 Today, 16 May 2018, we open the doors to our new office in Panama City, an important hub for Central America and the Caribbean, not least due to free zones.

"It is a strategic decision to move into Panama. Many of our customers use Panama's free zones to distribute goods to the Central American and Caribbean markets," says Torge Koehnke, Executive Vice President LATAM Region, DSV Air & Sea, and he continues:

"In addition, Panama is an attractive place to store products and establish distribution to the countries in the region due to the tax benefits available."

"With an office in Panama City, we are expanding our Air & Sea network and look forward to supporting current and new customers alike with their logistics requirements," says Jonas Thoroe, Managing Director, DSV Air & Sea Panama, who will be heading the new entity.

The Republic of Panama

Panama with the Panama Canal is strategically important in several respects. It is politically stable with a growing economy and offers a healthy and professional business environment. In addition to direct access to the domestic market, the country is an important hub for distribution of goods to other Central American and Caribbean countries.

The Panamanian government operates several free zones that account for the majority of the country's imports and exports. The two most prominent ones are: