US Customs and Border Protection (CBP) carried out an audit and re-validation of Panalpina’s CTPAT standing as a consolidator and broker. CTPAT is a public-private sector partnership program which recognizes that CBP can provide the highest level of cargo security only through close cooperation with the principle stakeholders of the international supply chain. 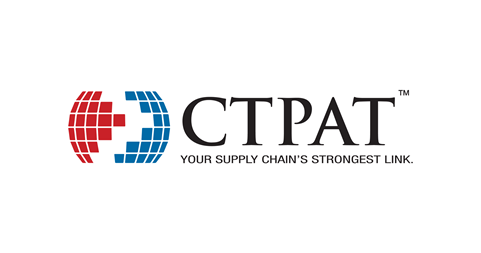 Last month, US Customs and Border Protection (CBP) carried out an audit and re-validation of Panalpina’s CTPAT standing as a consolidator and broker.

Many of Panalpina’s customers shipping to or from the US require the CTPAT certification, and over 500 monitor Panalpina’s status via the CTPAT web-based portal system to ensure our good standing.

The CBP officers who carried out the audit praised Panalpina for its best practices in the risk assessment process throughout the supply chain (including Security Risk Assessment and trucking subcontractor audits). They also commended Panalpina’s Miami facilities for having a class A certification from the Transported Asset Protection Association (TAPA).

“It is a well-earned achievement to have not only zero negative findings but also a notable best-in-class assessment,” says Pablo Suarez, Panalpina’s regional head of security Americas. “Any negative reporting and program suspension from CTPAT would result in a flurry of customer inquiries and cargo movement suspensions that would be unacceptable to Panalpina.”

Another bonus point was Panalpina’s use of BSI, iJET and Sensitech products for intelligence gathering and information sharing. “With these tools we get timely information on events such as hijackings, criminal trends, natural disasters, acts of terrorism, blockades and protests across the world, which is assessed and relayed to regional heads of security to take proactive measures,” adds Kevin Johnson, corporate head of supply chain security at Panalpina.

Panalpina went beyond the required steps and showed the CBP officers additional measures it takes to maintain security throughout the supply chain including its e-learning security training, warehouse security and cyber security initiative.

“This shows how proactive and engaged Panalpina is in protecting their supply chain,” says Raymond Monzon, US Customs/CTPAT supply chain security specialist, who was in charge of the review.

While Panalpina’s security team led the initiative, it also engaged colleagues from the company’s different products during the process.

In years past, the re-validation has taken place in Jordan, Malaysia and different countries in Europe. This year, CBP selected Panalpina’s Miami hub in the United States although the review remains global in scope.

CTPAT is a public-private sector partnership program which recognizes that CBP can provide the highest level of cargo security only through close cooperation with the principle stakeholders of the international supply chain.

When an entity joins CTPAT, an agreement is made to work with CBP to protect the supply chain, identify security gaps, and implement specific security measures and best practices. Participants must address a broad range of security topics and present security profiles that list action plans to align security throughout the supply chain.

CTPAT members are considered to be of low risk, and are therefore less likely to be examined at a US port of entry. Other benefits include taking an active role in working closer with the US Government in border control.

Furthermore, members are recognized as trusted trade partners by foreign customs administrations that have signed mutual recognition agreements with the United States.

Other benefits of the program include shorter wait times at the border, the assignment of a supply chain security specialist to the company, access to the Free and Secure Trade (FAST) lanes at the land borders, business resumption priority following a natural disaster or terrorist attack, eligibility to participate in the Importer Self-Assessment Program (ISA), and priority consideration at CBP’s industry-focused Centers of Excellence and Expertise.