Delivering 64 tons of cheese to Bahrain

How Panalpina ships frozen cheddar cheese to Bahrain, voted the best country in the world for expats in 2017 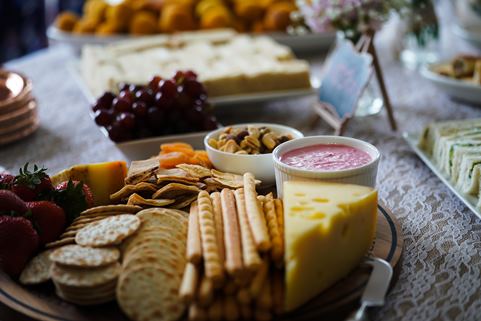 Ask any expat what makes living in a new country so enjoyable and they will likely tell you about the cultural experiences, the sense of adventure or the new travel options available. They’ll also tell you that having things available from your home country makes all the difference.

Take Bahrain by way of example. Voted the best country in the world for expats to live in by InterNations in its annual global Expat Insider survey, the country is noted for its ease of living, but also for its home comforts. Gavin Lawler, for example, has lived in Manama for 17 years and when asked by the Irish Times to list the benefits of living in Bahrain included the availability of Irish food and drink: “Irish products are widely available to purchase in stores here,” he said, “from Guinness to Irish rashers to Kerrygold butter.”

Lawler can now also add cheese to the list after Panalpina was brought in to ship frozen cheddar from the UK to the Bahraini capital. “We were first asked to deliver young cheddar to Bahrain in June of this year,” explained Colin Wells, global head of perishables at Panalpina. “We made four separate deliveries in June, amounting to 64 tons in total, and it looks likely that this is going to become a regular delivery.” If you are in need of a picture of how much 64 tons is, that is around the same weight as 10 fully grown African elephants.

It’s a slick operation by the Panalpina team. The frozen cheese arrives at the airport on a reefer trailer, where it is booked in, taken off the trailer, x-rayed and then built back up on airline pallets, ready for the flight to Bahrain. "The teams work through the night on this,” says Wells. “We have early morning flights to Bahrain, and it is essential that we do not break the cool chain. So the teams work through the night to ensure the product remains in optimal condition, ready for the flight.”

With a tax-free salary, year-round sunshine and welcoming locals, expats in Bahrain now have one more reason to say cheese when taking a selfie at their favorite spot.