The 2018 air freight peak season is due to begin after Chinese Golden Week. Many trade lanes have already seen double-digit rate increases and further increases are expected. Panalpina has secured extra flights and ensured readiness on the ground and is also testing a new charter tool, which provides an overview of scheduled cargo flights and of all cargo aircraft available for chartering. 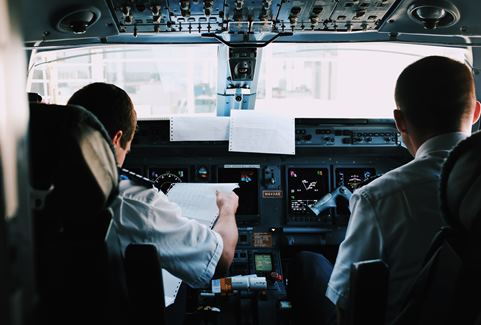 The 2018 air freight peak season is due to begin sometime after Chinese Golden Week (October 1-7). “As we pointed out last month, capacity is king, but it alone is worth nothing if everything else falls apart,” says Lucas Kuehner, Panalpina’s global head of Air Freight.

Panalpina has been working closely with customers, airlines, ground handling agents and trucking companies to address possible bottlenecks at airports and warehouses.

“Over the past months, the ground handling agents have done their part and worked on the weak points identified last year: staffing, contingency plans, alternative locations, processes and landside acceptance and delivery of cargo,” explains Kuehner.

In 2018, Panalpina has again secured air freight capacity for its customers with pre-procured flights, especially from Hong Kong to Los Angeles.

At an event to celebrate 80 years of Panalpina operations in Italy earlier this week, CEO Stefan Karlen also announced that the company will operate several charter flights from Milan to New York in November and December, mainly for fashion customers.

Heating up: tariffs and trade lanes

During the two to three weeks preceding the latest $200 billion tariff announced by the USA, there had been an increase in air cargo movement and conversion from ocean to air freight on the transpacific eastbound lane, where rates are currently around 20% higher compared to the same time last year.

The tariffs also mean some US-bound cargo from China is being routed via the EU, which will lead to tighter capacity and higher rates on westbound lanes.

“We have seen double-digit rate increases on many other trade lanes and we will see further increases as we inch towards Q4. For the transpacific eastbound lane we expect air freight rates to end up at least 20-25% higher than they were last year,” says Kuehner.

In the meantime, carriers are not only holding back capacity and aircraft for charter operations; they are also reducing the share of allocations in order to increase ad hoc rates.

Since 1990, Panalpina’s unique Charter Network has rendered valuable services to its customers especially, but not only, during the air freight peak season. Through the Charter Network, Panalpina organizes around 1,500 charters per year.

The network uses leased and chartered aircraft to guarantee capacity, and is structured to handle express and special shipments.

In time for this year’s air freight peak season, Panalpina is testing its new charter tool, which provides an easy and up-to-date overview of scheduled cargo flights and of all cargo aircraft in the world – big and small – available for chartering on any given day. 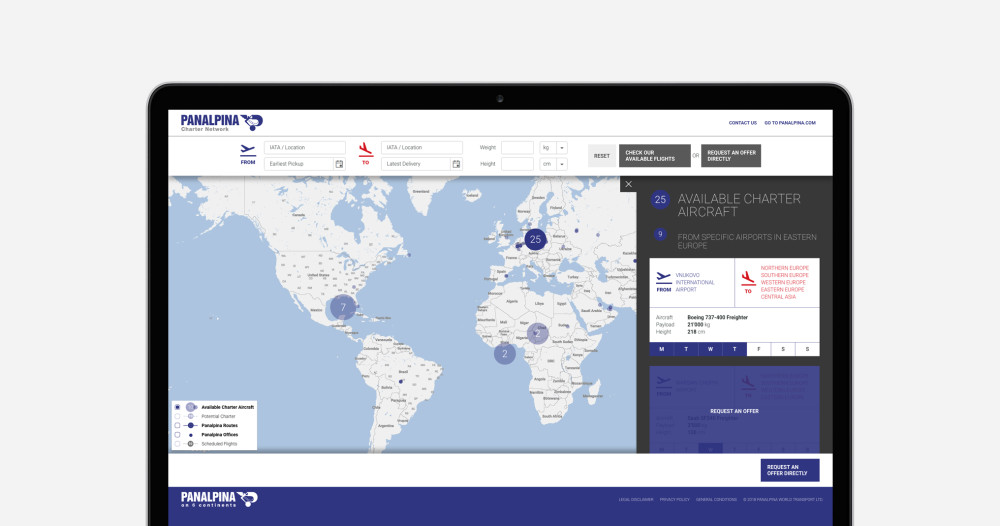 The charter tool focuses on user-experience with a reactive design featuring drag-and-drop origin and destination functionality, current aircraft availability by geography and routes, types of aircraft and much more.

“More than ever, we are ready for peak season,” concludes Kuehner.