A history of mergers and acquisitions

DSV is a result of many mergers and acquisitions. Since DSV was founded in 1976, we have continuously acquired companies great and small, starting with small trucking companies and freight forwarders in the 1980’s. 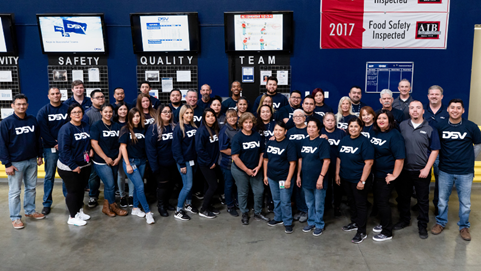 DSV is a result of many mergers and acquisitions. Since DSV was founded in 1976, we have continuously acquired companies great and small, starting with small trucking companies and freight forwarders in the 1980’s.

Many of the employees in DSV today have joined through a merger or an acquisition; employees from all levels and areas of the business from all around the world continue to make a career with DSV.

But what’s it like to join DSV through an acquisition? Here’s a short video featuring some of the employees who have joined us over the years, including our CEO Jens Bjørn Andersen.

When new ownership is announced, a period of uncertainty follows among the employees of the target company – and sometimes within the acquiring company as well. They don’t not know how it will affect their daily lives, jobs and careers, and they may also feel a sense of deep belonging and loyalty to the target company, understandably so:

“My initial reaction was sadness”, explains Maxine Krajniak, Senior Product Manager, Marine and Hospitality, who joined DSV in 2016 as part of the UTi acquisition: “I joined UTi out of school some 30 years prior, and I was part of their journey, so it became somewhat part of my DNA”.

Luckily, DSV has been able to retain many such loyal and dedicated employees to continue their work in DSV.

“The team embraced me and were very respectful of my efforts in the vertical I had grown over the years. From the onset, they were very supportive and excited about the potential for further growth within DSV”, explains Maxine about the integration process.

DSV acquires companies to achieve further growth and to become a stronger player in the transport and logistics industry. The talented and hardworking employees from the target company play a huge part in that.

In many instances, becoming part of DSV can also open new doors. That was the case for Joerg Hinz when J.H. Bachmann was acquired in 2005:

“Time flies when working in this company… I was offered different opportunities, each one perfect for the next step in my career: I moved to Chicago to work, and when I came back [to Germany] I was offered a position that was perfectly suited for me as well,” says Joerg and adds:

“I am not really a career-minded person, but always curious and eager to learn more and be challenged. Despite me turning down some promotions, DSV has given me every opportunity I ever asked for”.

DSV is built on mergers and acquisitions

“We could never have been what we are today without the numerous acquisitions over the years.” So says CEO Jens Bjørn Andersen, who joined DSV through the acquisition of Samson Transport in 1997:

“I could hardly believe it when the rumour started to circulate. DSV? Samson was in a whole other league, we thought. DSV-who? I remember standing at the balcony at Samson’s old headquarters and watching DSV’s executive team pull up [confirming the rumour]. It was surreal…”

For Jens Bjørn Andersen, one door closing really was another one – and then another one – opening. Eventually, in 2008, he took over the role of CEO of DSV from Kurt K. Larsen, who had pulled up to Samson’s headquarters on that fateful day in 1997.

And so each merger and acquisition has added value over the years – and helped develop DSV as a business and workplace, not least through the infusion of new expertise and talent.

M&A have played an essential part in securing DSV’s growth and our position as one of the world’s largest and best performing transport and logistics companies.