2019 was a strong year for our company – not least thanks to the acquisition of Panalpina. 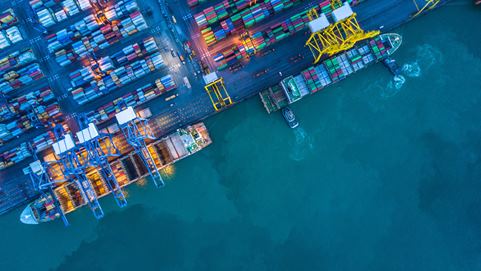 “Q4 2019 was in line with our expectations and we can report EBIT of DKK 6,654 million for 2019, an 8.4% organic growth on 2018. 2019 was a strong year for our company – not least thanks to the acquisition of Panalpina in August 2019. A large part of our organisation is now working hard on the integration and things are progressing well. For 2020, we expect EBIT in the DKK 8,200-8,700 million range, and our shareholders can expect significant returns via share buybacks. It is difficult to predict the market situation in 2020; currently the corona virus situation is impacting global supply chains and creating uncertainty. However, at this stage it is not possible to predict the financial impact,” says Jens Bjørn Andersen, CEO, DSV Panalpina A/S. 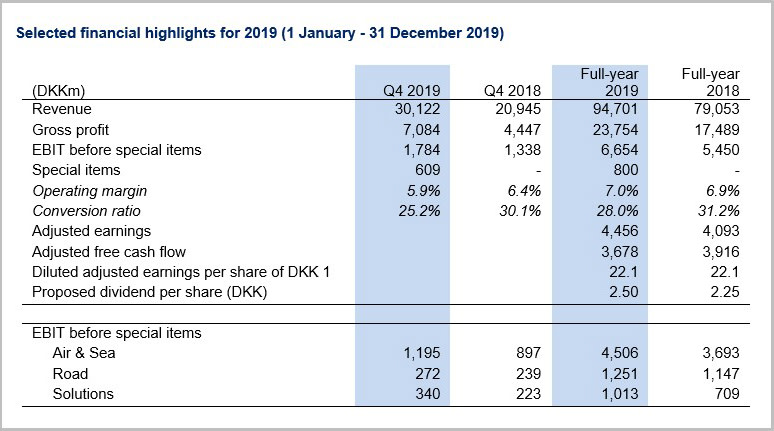 EBIT before special items was up by 9.9% (in constant currencies, adjusted for IFRS 16 and the inclusion of Panalpina) to DKK 1,784 million for Q4 2019 (Q4 2018: DKK 1,338 million). The growth was mainly driven by the Air & Sea and Solutions divisions. Panalpina's estimated contribution for the quarter was DKK 175 million and was positively impacted by cost synergies.

A separate company announcement about the launch of a new share buyback programme of up to DKK 6,000 million will be issued today. The programme will run until 30 July 2020.