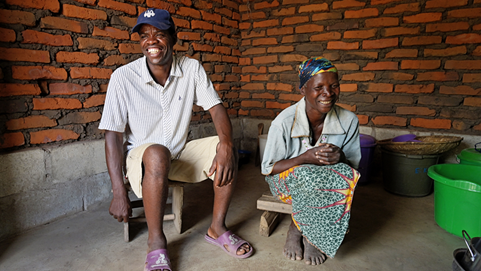 The rain was so heavy that the bricks holding up Esnad Kenes’ house began to dissolve during the night. Though Esnad and Malawi are used to heavy rain and floods, hurricane Idai’s devastations were on a terrible new scale.

“When we awoke, we sensed that something was wrong,” explains Esnad, who is 64 years old and lives alone taking care of her three grandchildren.

“We heard noises that indicated the house was about to collapse, so we had to hurry and get out of there.”

At dawn, Esnad’s house collapsed. Volunteers from the Red Cross came and escorted Esnad and her grandchildren to a nearby evacuation camp. The family was safe, but they had lost their home and all their possessions in the flooding.

With support from DSV, the Red Cross gave emergency relief to thousands of families in Malawi who lost everything in the floods and were forced into temporary housing in schools or tents. Esnad and the children ended up staying in the camp for three months.

While they stayed at the camp, volunteers tried to make life as tolerable as possible for the families. The relief that DSV helped transport consisted of food, blankets, kitchen utensils, buckets, mosquito nets, tarp, mattresses and hygiene packets including chlorine tablets, just to name a few.

“I would not have been able to rebuild my life. But because I received help and equipment in the camp, I was slowly able to get back on my feet,” says Esnad Kenes.

“I am very happy for the help that I received as I lost everything. The Red Cross has given me housing and utensils for my kitchen.”

Now, Esnad and her grandchildren have moved out of the camp and into a temporary house built by the Red Cross. The family has received financial support and seed corn for the field, so that they can begin to recreate their lives.

Esnad still uses the kitchen utensils that she was given while she stayed in the evacuation camp, and the children sleep on the same mattresses.

“The children are happy. They dance with joy. Life is better in the new house. I never thought I would get such a house,” says Esnad.

DSV supported the Red Cross’ relief work in Malawi in the months following the devastations of hurricane Idai which made many thousands of people homeless. DSV supported with:

Learn more about our partnership with the Red Cross 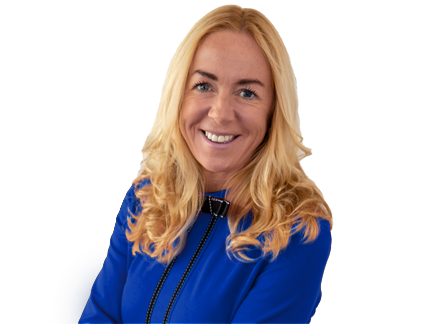