Catch a train in China

Increasingly, cargo catches a train in China and then travels more than 9,000 km to Europe. Over the last few years, rail services that link Asia with Europe have become an important alternative to air and ocean freight transportation. From 2014 to 2016, Panalpina’s rail volumes from China to Europe tripled and many major shippers now transport sizeable volumes by rail. 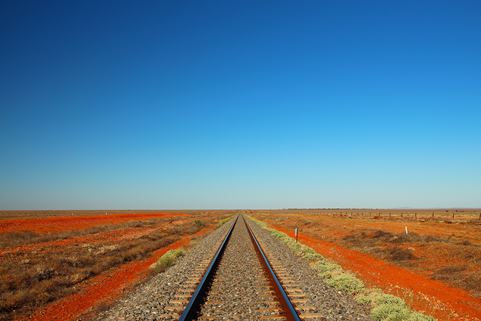 Over the last few years, rail services that link Asia with Europe – such as the New Silk Road (south corridor) or the Trans-Siberian Line (north corridor) – have become an important alternative to air and ocean freight transportation. From 2014 to 2016, Panalpina’s rail volumes from China to Europe tripled and many major shippers now transport sizeable volumes by rail. The service is particularly attractive for customers in the automotive, manufacturing, technology as well as retail and fashion industries.

In September 2016, Panalpina launched its first own-controlled Less than Container Load (LCL) rail service from China to Poland. Own-controlled means Panalpina takes care of pick-up and consolidation in China and deconsolidation and delivery in Europe. “More than 150 customers have used the service so far, moving over 5,000 m3 of cargo such as automotive parts for tier 2 and 3 providers, tablets, equipment for manufacturing lines as well as clothes and shoes,” says Antonio Pacciolla, regional head of overland Europe at Panalpina. “We expect these volumes to grow further as more of our customers in Germany, the Czech Republic, Slovakia, Hungary, Romania, Sweden the Netherlands and Belgium are now considering this transport option.”

Panalpina consolidates cargo in Shanghai and, once per week, sends the stuffed containers on their 20-day journey through China, Kazakhstan, Russia and Belarus into Poland. “We truck cargo to Shanghai from nearby Wuxi and Suzhou, from further away in the north – Dalian, Beijing, Tianjin, Qingdao – or from further south such as Ningbo, Wenzhou, Fuzhou, Xiamen and all the way from Shenzhen.” The rail journey ends in Warsaw, where Panalpina deconsolidates the cargoes and distributes to final destination across Europe by truck.

As demand for this kind of rail service is on the rise, Panalpina will open a second consolidation point in Shenzhen in July, thereby considerably shortening pre-carriage distances in Southern China.

“The rail service is one-third the cost of air freight and twice as fast as ocean freight. It’s an interesting proposition that is catching on,” concludes Antonio.

To find out more about Panalpina's LCL rail service from China to Europe, contact: